Arktoberfest will start tomorrow – September 17 and will run until October 3, 2022. This is the first major new event available only in the Western version of
Smilegatetitle since the launch of Lost Ark in the EU and NA in February of this year.

Below, you’ll find the full list of everything that will be available during Arkotoberfest, including special bonuses, quests, items, and more.

During Arktoberfest weekends (based on server time for 24 hours on Saturday and Sunday), the Fever-time button will be activated to claim unique food to help you and your raid groups, in combat. These rewards can be claimed once per day every weekend, September 17, 18, 24, 25, and October 2 and 3.

Starting today and running through October 3, members of the Lost Ark Creator Program have access to the all-new Beer-head cosmetic Twitch Drop to activate on their channels. Watch select Lost Ark content creators on Twitch to earn your Selection Chest, where you can choose between Lager, Indian Pale Ale, or Stout.

Viewers will need to accumulate 4 hours of watch time in participating Lost Ark streams to claim this Drop reward. 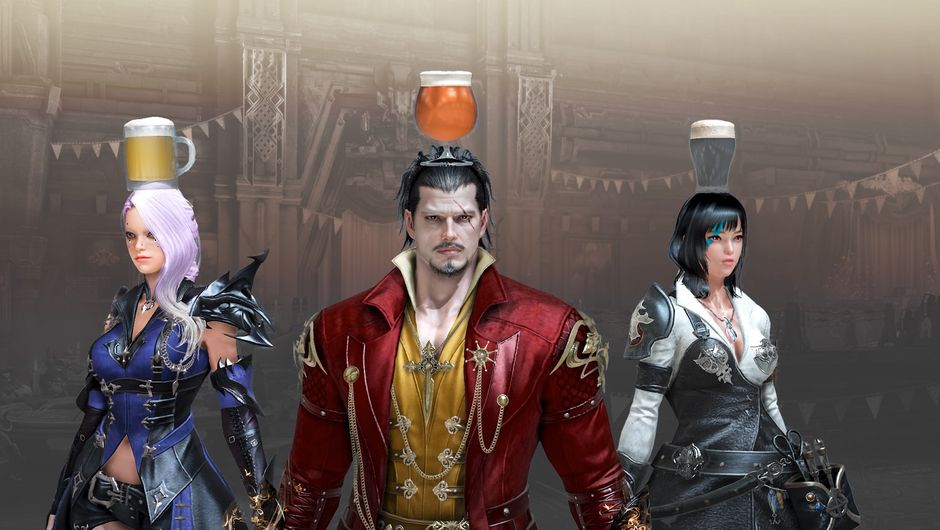 You will also find new quests on the island of Gesbroy. If you haven’t been there yet, be sure to complete the main island quests:

Completion rewards include the Lager Doll Mask, Ale Doll Mask, and Stout Doll Mask, toys that allow you to transform into a beer glass. If you want to continue working on quests that explore this legendary brewery, there are Una’s co-op tasks and quests that take place on the island.

Gesbroy Island Soul is one of the final rewards for completing Una’s task reputation in Gesbroy. Una’s three tasks require participation in the cooperative events listed below.

A set of 3 quests occur every hour.

If he fails to complete the progress of the current quest within the time limit, the next quest does not occur.

Completing all three quests rewards a title and the items needed to complete Una’s task quests.